Suzuki or seabass is a fish so popular with anglers all over the world that a lot of people forget it is also an extremely popular for sashimi and sushi in Japan. 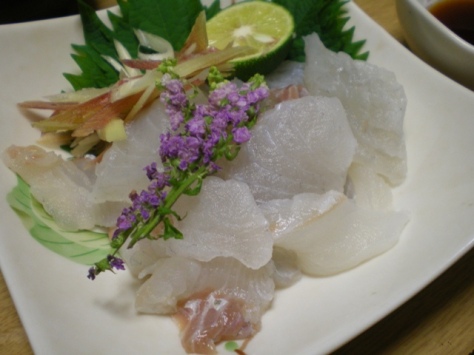 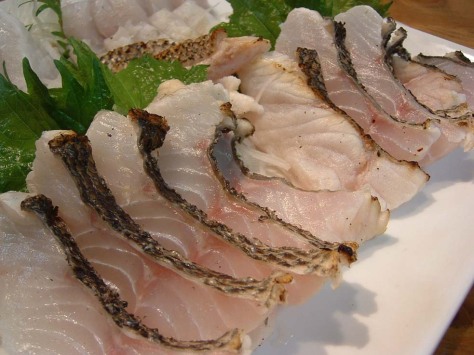 Her the seabass was first seared before before being sliced for sashimi!

Like any other fish, it bears many names: Madaka, Hakura, Shiibasu.

A summer fish par excellence, it is caught mainly in Central and western Japan. But it is also caught in winter in Shizuoka waters.

The bigger and the older the fish, the better it is considered. After a decline in the 1980’s, catches have increased recently, reaching more than 9,300 tonnes after 2000.
It has been raised succesfully, thus replenishing stocks.
170.000 seabasses were raised in 1992!

Great as a sushi and appreciated for it natural taste. A little salt and lemon juice are enough.

As a sashimi it canbe declined in many ways such as carpaccio!

Raw, it can be combined as a simple and sublime salad with octopus for example. 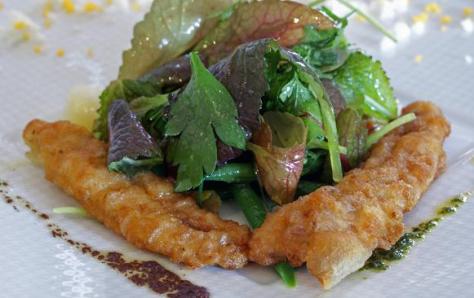 Italian style as fritters combined with a salad!

Of course it is a very versatile fish you can appreciate cooked, simmered, or grilled, although it becomes fragile upon being cooked. 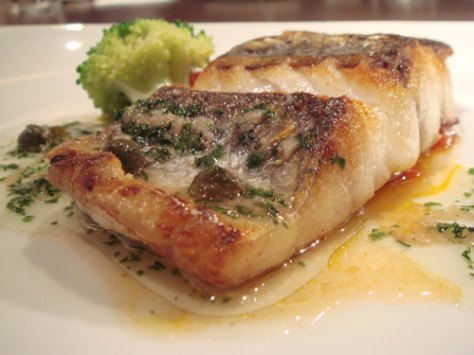 Grilled on its skin and served French style! 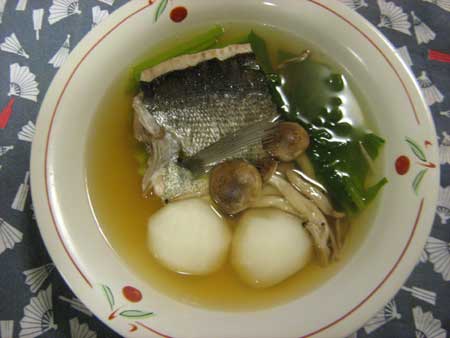 And why not eat it simply as steamed fish?